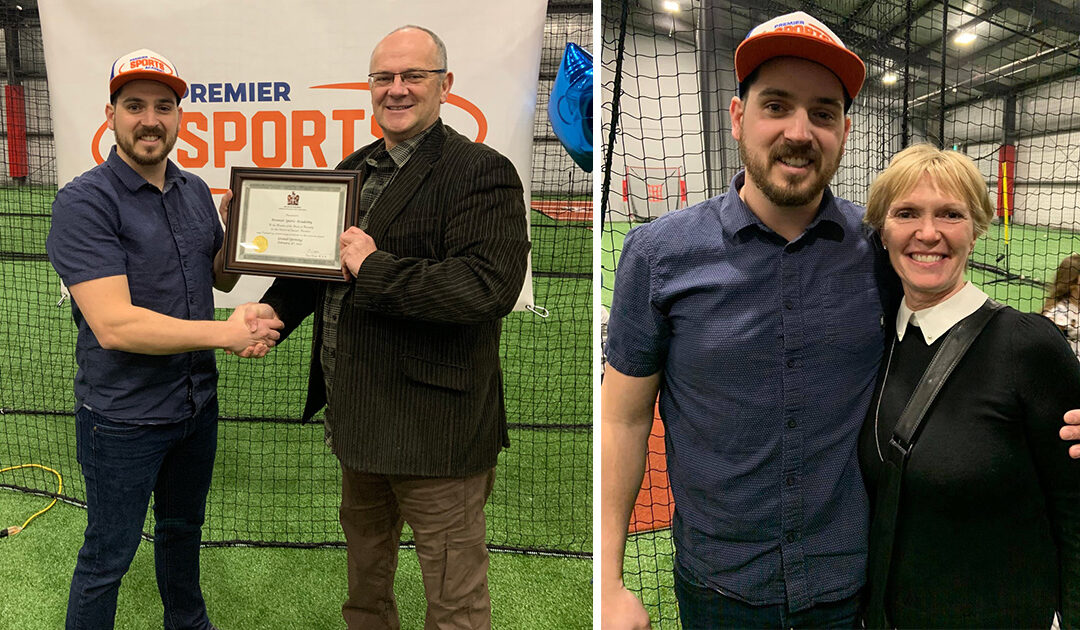 When I was fifteen years old, I was blessed with the opportunity to leave my home and pursue elite baseball. This opportunity was afforded to me by my parents who made the decision to uproot their family from their home, and looking back I realize how difficult and selfless a decision this was for my parents, to risk everything to give their kids an opportunity to succeed.

When you read the opening paragraph and realize just how much my parents had done for me, you probably cannot imagine how or why I would use their sacrifice as fuel to hurt them, but that’s exactly what I did… This is where my story with depression began, and after listening to China McCarney tell his story on my Premier Sports Academy Inc. webcast, it is why I feel compelled to share my story.

In November of 2006, in my senior year of high school, my best friend Scott Dillion (from my hometown where I left) was reported missing; he would remain missing for more than 5-months until his body was found in April of 2007, and his cause of death was determined to be suicide. The next year of my life was something that I was not prepared to deal with, and I can say now without a doubt that I was severly depressed, but at the time I did not recognize it. Just like everyone else, I too hid my state of mind from my friends, family and the world, and because I was a ‘Leadership’ student the prior school year, my issue fell through the cracks (leadership students did not receive calls home for missing classes because absences for various reasons were accepted as normal). From November through June, I would miss more than 100 days of school. Each morning I would wake up early, go down to the basement bathroom to shower, then promptly hide underneath my sisters bed until everyone had left for school or work. Sometimes I would not emerge for hours, I would lay underneath that bed wrapped up in my own thoughts, blaming myself for Scotts death. In my mind I felt as though there was absolutely no way that addiction and suicide would have been Scott’s fate had I not moved away, there was no way that I would allow that to happen to my best friend…

As the months went by, my relationship with my parents, in particular my mother had deteriorated to the point where tensions boiled over. I would ‘rationalize’ that Scotts death was her fault and to this day more than 13 years later, I can still remember the hateful/hurtful things that I said to her, “F*&k you… if you didn’t move us here Scott would still be alive…” I had isolated myself and put off dealing with my depression and grief for so long that my anger allowed me to lash out in the worst way and hurt the people I love most. For someone in my situation, I know my fate could have been a lot worse, I realize today that I could have easily ended up like Scott if not for the incredible support system that I have around me.

The beginning of my healing process was 2-fold, first my parents brought me to a mental health professional to talk about my issue(s). This was only one session, and perhaps the most important thing that happened on that day was that I was put on the path to begin healing myself. A great piece of advice that I received from this session was: my feeling that my presence could have prevented Scott’s death is ok, normal and even rational; however, we cannot allow ourselves to accept blame or responsibility for someone else’s situation. Secondly, I was able to remove myself from my situation at home and live with an older sibling, this allowed me to simplify the issues in my life, and focus on the process of grieving for Scott.

As time went on, and as I continued to grow as a person, I’ve been able to take silver linings from this situation. I understand that death is a normal part of living on this planet. I understand that there is a natural grieving process that we all must go through, and it is important to go through that process, and to not get caught up at any particular step. What I have learned from kids like Scott is that it is essential to help those around you that may be struggling, while also realizing it is their journey that they are on; you can only offer to help, but ultimately each person is responsible for their own story. Finally, Ive learned that talking and communication is an essential part of dealing with any issue – as China said to me on our webcast a few weeks ago, he is “an open book.” That’s how I like to look at myself; each day I want to strive to be a more effective communicator, and perhaps sharing my story will allow others to share theirs.

The goal of my business Premier Sports Academy Inc. is to develop an opportunity for young athletes in my community to pursue their baseball dreams. Many years later I have been able to take what I learned from Scotts death and how it impacted me, to build something positive for my community, and this is the message that I want people to take away from my story. Every situation in our lives (especially the traumatic ones) can be used as a lessons learned, or as an opportunity to do something positive for others. The immense pride and satisfaction that I get from coaching young ball players pursuing their dreams cannot be explained with words, but I do know that I can thank my best friend Scott for providing me with the motivation and inspiration to create Premier Sports Academy Inc. For that I can smile each day and say “Thank you Scott; thank you for giving my life purpose. Fourteen -years later and you are still pushing me to be better, and that’s what best friends are for.”

To those of you that are struggling, please know that there is a light at the end of the tunnel, you just have to be willing to look for it. Finally, remember that you are not alone, there are always friends and family willing to help; but if you need something or someone else, there are great resources like https://www.aaadf.org to help you.