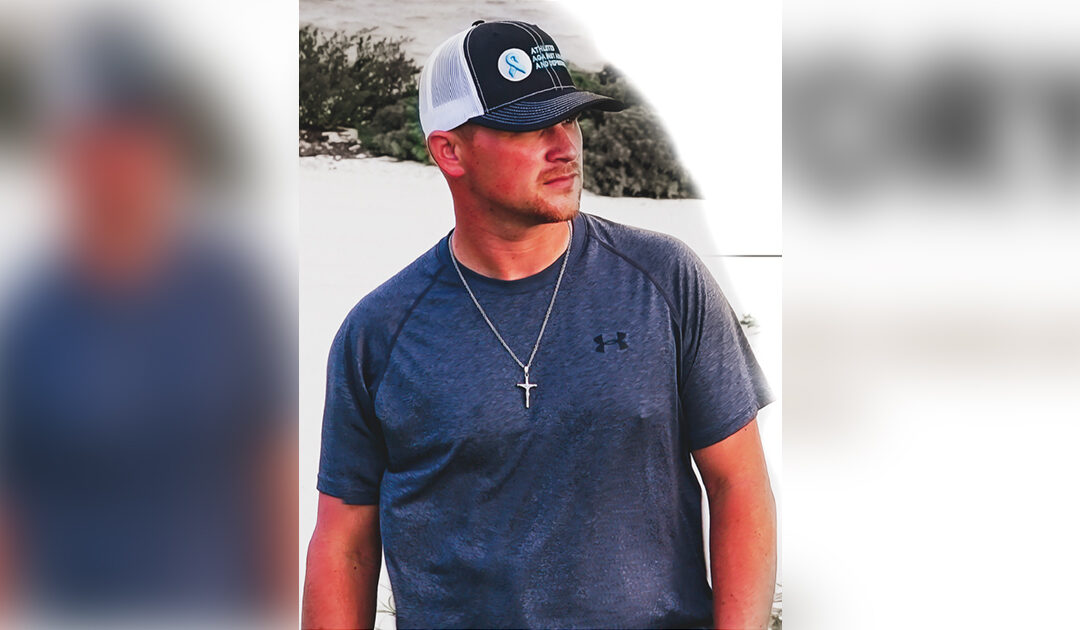 It was fall of my 6th grade year, so I must have been twelve years old or so when I first realized something was wrong. As I laid in bed trying to go to sleep my chest began to tighten, it started to get hard to breathe, then it felt like I was being stabbed in the chest. I jumped out of bed and raced into the kitchen to get my mom, I was sure I was having a heart attack. After calming me down and assuring me I was not having a heart attack, she walked with me back to my room. Reassuring me that I would be ok as I laid back down in bed. After she left I laid there for what felt like hours, staring up at the ceiling. I was trying to figure out what had just happened to me. Little did I know, that this would be the first of a long stretch of Anxiety attacks.

For about a month this was a nightly routine. It was then my mom decided to take me to the doctor, and after a full day of x-rays, stress tests, heart monitors, and blood work, the doctor came in to the room and looked at my mom and said, “He’s perfectly healthy, in fact he’s incredibly healthy, there are no signs of anything wrong with his heart.” Good news, right, wrong. Whatever was happening was real, painful, and was scary. I just wanted whatever was happening to stop, and it wasn’t going away. I was already insecure enough, and then this. I can remember the doctor and my mom talking quietly, he asked her if I was stressed out about anything and her saying “No, what would he have to worry about?”, and thinking if she only knew. You see school was a nightmare for me. As a kid I had loved school, but then I hated it. The constant teasing, nagging, and bullying, every night I would lay in bed and worry about what was going to happen the next day. The feeling of needing to be someone else, because the person I was seemed to be so hated. Looking back it was a fishbowl effect, but for me, it was my fishbowl effect.

The panic attacks went away for the most part later in my teen years. Unfortunately, something replaced that I wasn’t ready for, nor prepared to handle in any way.

About a year before my wife and I were going to get married I noticed I was starting to feel sick, a lot. I was also always tired regardless of the number of hours of sleep I was getting. That’s when things began to spiral out of control.

I had always been an athletic guy, who played baseball, basketball, football, soccer, golf, and running. I loved the outdoors, I loved going on adventures, anything I could get my hands on. I went from that guy, to a guy who slept, literally twenty hours a day. Suddenly my life had changed, I thought that this was who I was supposed to be. That I was supposed to go to work, provide for my future family, and be happy. Yet, everyday I felt like I had this gaping whole inside of me and that I didn’t fit in anywhere.

Until one day, my wife, saved my life. She sat me down at the kitchen table and said, “This is not the man I married, you need help. You have been trying to deal with everything by yourself and you can’t do it. You have carried a lot of pain around for a lot of years and it’s not working.”

I’ll never forget sitting at that table, feeling like I had completely failed her. When she looked at me and said I didn’t marry you for the man I thought you could be, I married you for the man you are. She asked me if I was willing to fight for us. Absolutely, but I just didn’t feel good enough for her. We found a doc and off I went. It took a few years for me to learn how to live with depression and anxiety issues. There were days that were harder than others but I never gave up and slowly, I began to get my life back.

Then, the game I loved and lost walked back into my life. My whole life, I was that kid who when asked what he was going to be when he grew up, would always say, “A Baseball Player”. In my teenage years I didn’t say it because I knew what the repercussions were going to be if I did, but I certainly believed it. There had just never in my mind been another option, that was all I ever wanted to do. When I lost the game, I lost a big part of myself. I wasn’t prepared to deal with it. Somehow, going through all this was necessary. It gave me a work ethic, and desire to never loose the game I loved again. doing a camp in the town I lived in I was asked to volunteer coach for the high school I went to. After talking it over with my wife I decided to give it a try. Walking through the door of my old High School for the first time since I had graduated sent a flood of emotions back to me. I was nervous to say the least. However, once practice got going I knew I had gotten back the thing I had loved my whole life. I knew I found my purpose back.

After my first night of practice, I came home gossiping like a school girl to my wife. Telling my wife how amazing it was. How this players changed this, and that player changed that, etc. She looked at me and said “There’s the guy I married.”

Today, I look back on 13 years of getting to call coaching my career. Over the last 13 years I was able to do things I never would have written down on a piece of paper. I just took every opportunity I could get my hands and did whatever it took to get it done. The journey was amazing. Whether it was helping guys who were playing baseball at the highest level, or working with a little guy who is learning to play for the first time. It was so fulfilling. To those of you reading this who either entrusted me to teach you or your child, I can’t say thanks enough for the opportunity to do it. Outside of being a husband and father, not much can compete with the things I got to do out there.

The biggest take away I have as a coach was I found what it was to pursue God’s will for me. I found in myself an ability to believe. Despite how impossible the odds may be, that I was put here to be someone unlike anyone else.

Today I am a Husband. I left the game to be with my wife and out children. I left my career as a coach to honor my commitment to her and to our children. Yes, it’s been a brutally difficult decision, but a necessary one.

If you’re struggling through depression or with anxiety issues, find faith in knowing you are here for a reason. Don’t allow regret to hold you back, pursue your passion fearlessly, and know that despite our flaws we are loved. At the end of the day, It’s totally worth it.